Ripple’s work focuses on prosthetics patients to enable them to feel touch sensation through their prosthetics.
Link 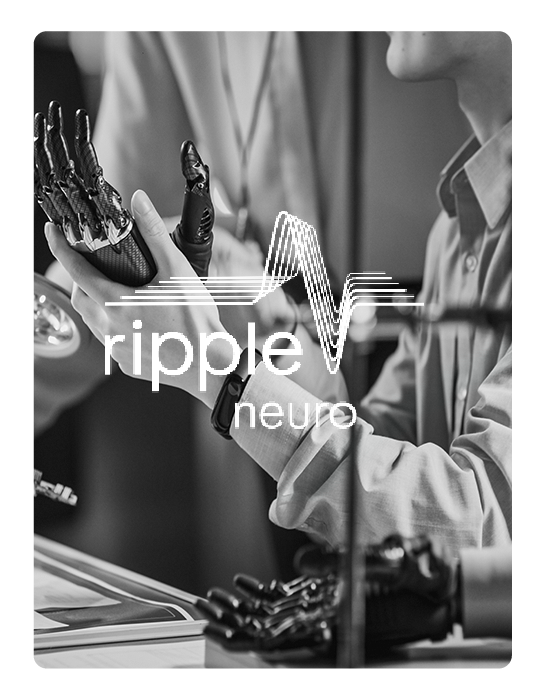 Ripple has created an implantable medical device to improve the control of prosthetic limbs.

For patients with prosthetic limbs, adapting to the use of the technology can be incredibly challenging. To address this, Salt Lake City-based Ripple has created an implantable medical device to improve the control of prosthetic limbs. The implant listens to the muscle signals used to control the limb, and sends wireless signals to a microcontroller to decode the signals and control the prothesis. Ripple’s system can provide substantially more reliable and intuitive control of prosthetic limbs, and improve the quality of life for its users.

When Ripple was founded in 2005, the smallest available commercial neural processor was mounted in a cart that could be wheeled behind research subjects in a lab. Ripple found that traditional venture capital investment had an unsuccessful history supporting early-stage companies supporting neuroprosthetic applications due to the smaller niche market, and the challenging high-risk and long duration of the technological development. As a result, patients with debilitating neurological disorders are left to suffer, even though only small R&D efforts were necessary to create therapies to substantially improve the quality of their lives. Ripple instead turned to the Small Business Innovation Research/Small Business Technology Transfer (SBIR/STTR) program to fund the initial development of core technologies, and to support the ongoing development of implantable medical devices for underserved patients.

Ripple’s neural interface processors were the first systems to support digital front-end amplifiers. This innovation allows researchers to collect very low noise neural signals, to do better neuroscience. Scientists have used Ripple equipment for experiments that have been reported in Science and Nature and the New England Journal of Medicine. From its humble beginnings, Ripple has grown to a 40-person company that has provided neurotechnologies to hundreds of researchers around the world enabling ground-breaking research – having taken ideas once sketched on the back of a napkin, through starting clinical trials with bionic implants – as a direct result of SBIR/STTR support. To date, the company has seen more than $10 million in Phase III commercialization success.

Next upon Ripple’s radar? Continuing to improve quality of life for prosthetics users through enabling patients to feel touch sensation through their prosthetic limbs.