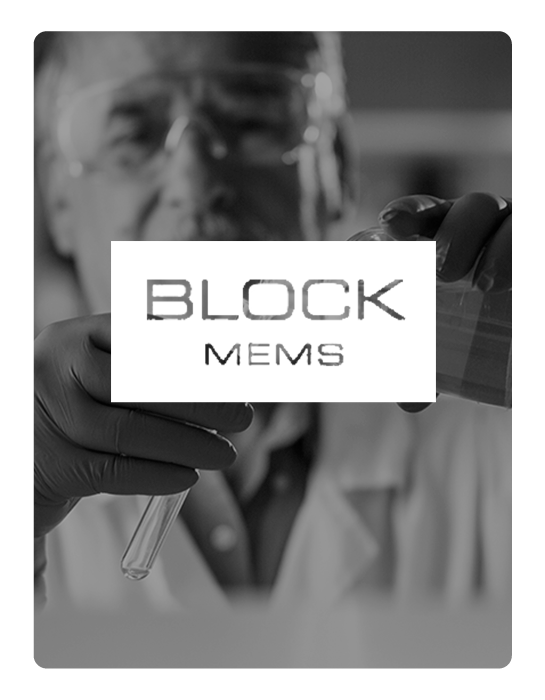 Block MEMS chemical detection and gas analysis instruments are used in a wide variety of applications across the security and safety, life sciences, and other industries as its technologies continue to evolve and push the limits of imaging and sensing.

Block MEMS, LLC and its sister company Block Engineering, LLC, both under common ownership (Block), are leading suppliers of laser based chemical solids and gas detection systems for the safety, security, and environmental markets. Block has been developing and selling high performance mid-infrared (IR) spectrometers to commercial, industrial, military, and government customers since 1956. The company’s chemical detection and gas analysis instruments are used in a wide variety of applications across the security and safety, life sciences, and other industries as its technologies continue to evolve and push the limits of imaging and sensing.

In 2004, Block leveraged its expertise in spectroscopy to develop next generation quantum cascade laser (QCL) spectrometers through a Small Business Innovation Research (SBIR) award from the Army. Following several government development contracts, Block developed a family of QCL-based spectrometers that leads the industry in speed, compactness, and breadth of applications. Block’s compact QCL module offers OEM customers new choices for integration into their own imaging and sensing products. Block’s commercial products are installed in-line to monitor industrial processes involving gases and liquids. Block’s instruments are used on gas pipelines, and are also integrated into sophisticated infrared imaging products used to detect cancer. Its security and surveillance products are installed in and around major cities to protect critical infrastructure from chemical terrorist attacks.

The Army offered incredible support throughout the development process. Through its work on this project, Block developed a strong relationship with chemists and spectroscopists at Edgewood Chemical and Biological Command, who were seeking next generation technologies to perform spectroscopy – especially the ability to detect trace chemicals on surfaces at a distance. These valuable relationships and SBIR awards helped the company move its prototype closer to a commercial product and apply its QCL technology to a new application, detection of trace explosives and opiates on surfaces. Additional support from the Navy helped the company to develop more advanced prototypes for missions related to explosive ordinance detection. None of this would have been possible without support from the SBIR program.

Block’s entire business is now based on this QCL technology, for which over $70 million has been invested. A number of commercial products have been launched, and Block has received in total $32 million from U.S. government agencies to execute several Phase III development contracts. In addition, an angel investor, now co-owner, invested another $40 million to grow the company. To date, four QCL-based patents have been granted, and three QCL-based prototypes are being developed under a $15 million Phase III Intelligence Advanced Research Projects Activity (IARPA) contract. Block operates out of 17,000 square feet of modern office, lab, and manufacturing space in Southborough, MA.